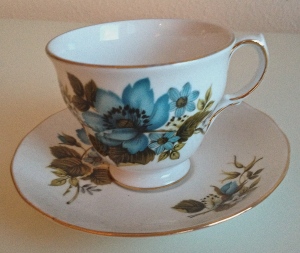 The January issue of Bon Appetite cited tea as one of the top 25 food trends for 2013. How cool is that?  If you watch Downton Abbey, you know that sitting down to tea is part of life for the residents upstairs and downstairs. A refined drink for all social classes.

Several Fearless Cooking Club (FCC) members have been on some tea adventures the past few months.We started out with a day trip to Boulder at Celestial Seasonings. 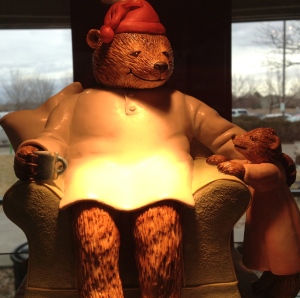 We donned our hair nets and went through the production rooms for the free tour.  We learned about black, green and white teas and many herbs and spices that are hand-picked from all over the world. They have a chief taster who has been in the job since the start of the company.

The Mint Room is quite the experience. Our tour guide directed us in and closed the door. Sinuses opened immediately, eyes watered, slight throat burn. You can mark your survival with a postcard or cup in the gift shop. 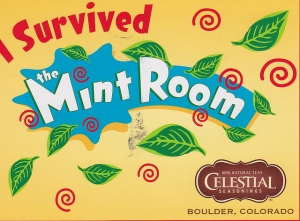 Following our tea tasting and scooping up great deals from the gift shop, we headed to downtown Boulder for lunch at the Dushanbe Tea House. The house is a gift to Boulder from the country of Tajikistan. Dushanbe is the capital and Sister City to Boulder. We had a lovely lunch along with three different pots of loose tea. 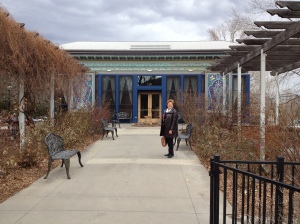 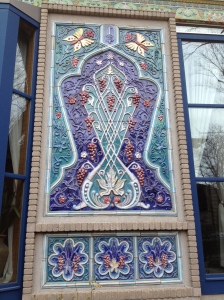 Then I hosted a pajama tea party on the Season 3 Finale of Downton Abbey. It was a tea potluck as we munched on scones, breads and desserts to enjoy with our tea. Don’t you just love the tiara? 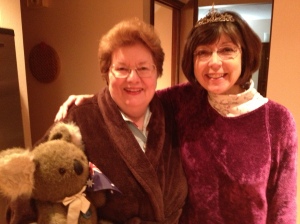 The last adventure was high tea at the Brown Palace Hotel. My daughter and her three girlfriends came home for Spring Break. They got gussied up in hats, pashminas and furs to fully enjoy a proper English tea. 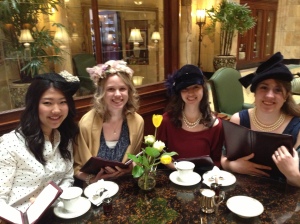 The scones, sandwiches and desserts were sumptuous. 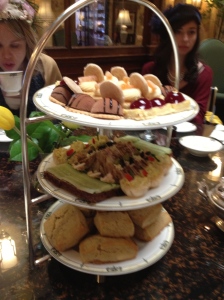 Tea makes one feel civilized and refined. Oh, to take a break and enjoy the moment.

Patty’s Points of learning on the Tea Tasting Trail:

1. The origin of tea dates back to 2737 BC by Shen Nung Emperor of China. A leaf fell into a cup and it brought a pleasing and therapeutic flavor to water.

2. Sleepy Time tea is Celestial Seasonings most popular tea and it really isn’t tea. It’s an herbal infusion. That is also why it is caffeine-free.

3. Many pieces of the Dushanbe Tea House were assembled in Tajikistan and shipped to the US; the Teahouse was built by hand.

4.  According to Afternoon Tea the drinking of tea not only became a social event for the upper classes, it altered the time and manner in which they took tea. Afternoon Tea became the bridge between meals because many wouldn’t eat their evening meal until maybe 8pm. As such, Afternoon Tea became a ‘mini meal’ in itself. High tea is taken at a table; afternoon tea is taken at a low comfortable chair or sofa. The upper classes developed their own variation of high tea as a meal that could be eaten when their servants were away or not available, as it was so easy to prepare.

I will be posting again on tea….I am still sipping and sampling.